Tuesday, January 31, 2023
African Skies If there were no Africa, I would dream of her!
Home Essay Racial Justice in Higher Education – A tri-temporal failure

This is an extended version of an introductory contribution that I delivered on the 28th of October 2020 at a panel event hosted by the Oxford Law Faculty. The event was titled, ‘Race Equality in Higher Education’. A recording of the full event can be found here. I was asked to give my reflections on the state of racial justice in higher education – what has gone well, what needs improvement, what hopes for the future. My thoughts on those particular points are reproduced below.

It is my opinion that a proper assessment of racial equality in Higher Education requires looking beyond the tick-boxing and numbers-based diversity schemes that currently pervade Higher Education. These schemes mostly serve to maintain and entrench the status quo. In the words of Angela Davis – a difference that doesn’t make a difference. We need to take a closer look at who we are and how we became who we are… and therefore decide who we may become. 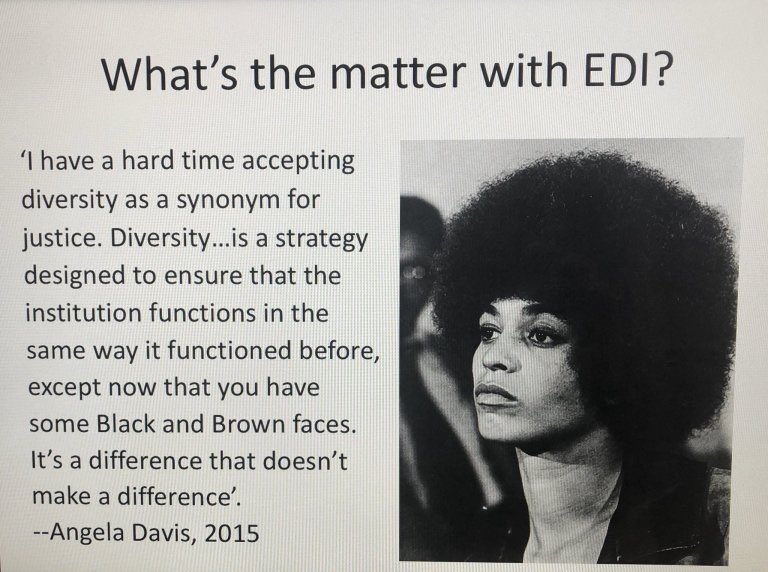 To make effective moves towards achieving racial equality in Higher Education, we need to reacquaint ourselves with the histories of our epistemologies and engage more honestly with the long and often troubled history of scholarship on race and racism. We cannot begin to imagine the possibility of racial equality in higher education without a fundamental grounding in the entanglement between power, race, racism, epistemology and the emergence of the so-called modern world.

For example, Ruth Wilson Gilmore defines racism as ‘the state-sanctioned or extralegal production and exploitation of group-differentiated vulnerability to premature death.’ Michel Foucault defines racism functionally as ‘primarily a way of introducing a break into the domain of life that is under power’s control: the break between what must live and what must die.’ Thus racism always operates in the realms of power.

Therefore, there is an intimate connection between race and racism and the emergence of this world that we teach, and we teach in.

By not reckoning with how our epistemologies are entangled in the enfoldment of race, racism, power and the so-called modern world, a tri-temporal failure is evidenced in our current HE structures and our unfulfilled hope for racial equality. We live in the ruins of history, responsible for building the future.

The first failure is evidenced in our treatment of The Past. A failure to acknowledge how our disciplines produced the illusion of the ideal human from which most of humanity was erased or cast beyond the abyssal line. We do not adequately engage with how the wretched of the earth, those cast into the zone of non-being, were placed there, and how our disciplines discipline the order of the world that we consider to be natural, inevitable.

The second failure is in our treatment of The Present: A failure to acknowledge that this epistemic creation, this world, and its present state are inextricably linked to what our disciplines did in the past. Our focus in HEIs is then captured by a preoccupation with individual discrete acts of meanness that may or may not be racially motivated. We are tinkering around the edges, while we ignore the colossal reproduction of racial formations as they shape and reshape our world to a dark future that seems inevitable and inescapable.

The third failure looks to the Future: Racialisation has placed the world on the road to perdition, this epistemic creation we call reality cannot stand. Environmental degradation, global poverty, state violence, massive injustice will eventually tear this world apart. So, we must ask ourselves in Higher Education, what world do we want to emerge on the other side of all of this noise? Will our teaching and research help or hinder it? Is there anything in our teaching and research that can bring about worlds of freedom, real justice, balance, shared abundance, worlds woven in a new design? Will we continue to live in the ruins of history, and abdicate our responsible for building the future?

This is for me is the possible promise of decolonial thought in education. To borrow a quote from Harsha Walia: ‘To have our lives determined by our dreams of a free world–instead of reactions to a state-imposed reality–is one of the most powerful tools of decolonization.’

“I am so tired of waiting.
Aren’t you,
for the world to become good
and beautiful and kind?
Let us take a knife
and cut the world in two —
and see what worms are eating
at the rind.”

Borderlands and the Colonial