Saturday, November 26, 2022
African Skies If there were no Africa, I would dream of her!
Home Movies and Television My Enduring Love of Telenovelas

In 1992 when Marianna strolled onto our screens in ‘The Rich Also Cry,’ the emotional landscape of our lives was changed forever. Our eyes were opened to new worlds of never-setting sunsets, impossible story lines, over-the-top reactions, plot-holes you could sail an ocean liner through with a galaxy to spare, characterisations so fluid as to be so obtuse that one minute they are unable to spot a disguise which constitutes the wearing of sunglasses, while the next minute they are able to pick out the paternity of a child by glancing at a grainy picture. Most of all watching, telenovelas in the ’90s required the complete annihilation, destruction and repudiation of disbelief.

Some of these old telenovelas have been uploaded onto YouTube and by revisiting them, I am now convinced that a large part of my youth was spent watching the stringing out of absolutely incredible story-lines. Like the time in the ‘Lady of the Rose’ when the heroine spent three 40-minute episodes taking a pregnancy test, this after the lady got pregnant before going into a 7 month coma, afterwards she had the baby about 1 year later! (I am still convinced that they should have adopted the indisputable and infallible Nollywood pregnancy tests that involve either throwing up – despite the prevalence of malaria in Nigeria throwing up is a definite positive test – or the slightly less common one where the mother looks at her daughter’s palms and falls to the ground disconsolate, but I digress.) 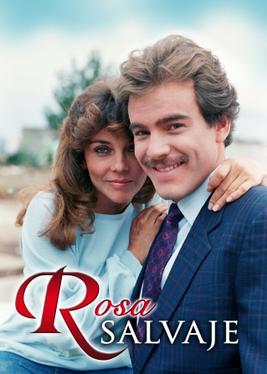 Then there was the nearly 60 year old Veronica Castro acting the teenage brat in ‘Wild Rose’. Re-watching clips of ‘Maria de los Angeles’ I see that over a space of 40 years the only thing that changed about the appearance of Orquídea Córdoba Escalante was the length her skirt, which became longer as she aged – if this telenovela had gone any further she would probably have been killed off by tripping on her skirt. Then there was Maximiliano “Max” Albéniz in ‘No One But You’ who kept on thinking of increasingly ridiculous ways to kill his stepbrother, Antonio Lombardo. The major idea he had was marrying the unsuspecting Raquel Samaniego Silva in his brother’s name and then engineering a plane crash to kill Antonio – while carrying on a clandestine affair with Martha Samaniego, Raquel’s sister. When Max got too irritating, Antonio just shot him dead in their living room – which is what Max should have done in the first place.

My personal favourite ridiculous telenovela scene [of all time] comes from the ‘Lady of the Rose.’ The characters had spent about a gazillion episodes getting reading for a dinner party, so we knew something big was coming. The dinner culminated in Tony Clemente sending his wife Eleanoré packing – she had managed to conceive a child with William Ashford (an ex-boyfriend and son of Tony’s best friend) in a bid to maintain her husband’s (Tony’s) affections. Tony immediately after sending Eleanoré packing, proceeded to move his secretary Emperatriz Ferrer into the house immediately – they literally bumped into each other in the hallway. Unbeknownst to the gathered relatives, Emperatriz Ferrer was actually his ex [sort of], Gabrielle Swanson who had been falsely accused (Tony was complicit in a convoluted way), escaped from prison and by means of some very convincing glasses and amazing make-up (there had to be some juju people!) had managed to get a job in Tony’s corporation and become his right hand person. Also in attendance was Tony’s stepmother Amanda Érliz – Amanda happened to at one time be Tony’s mistress, but when he dumped her she slept with Andrew Payne (Tony’s pilot, who had also proposed to Gabrielle sometime before that) in revenge. When Tony found out, (about the sleeping together not the proposal) he (Tony) employed Hernandez [slimy and evil henchperson] to hire people to beat them up (Andrew and Amanda, in case you are confused – even my brackets are confused), the hired hands could not tell the difference between Amanda and Gabrielle (it’s a long story, something to do with them being both brunettes – confusion could have been avoided with a photograph people!) so beat up Gabrielle instead and somehow this contrived to land her in jail. (Hernandez of his own volition, instructed his sub-henchpeople to plant cocaine on the unsuspecting pair.) Phew!

The surprising thing is that we were able to keep up with the story lines. And how we did! On Monday mornings, in secondary schools, in offices, in street corners, we gathered around doing our best telenovela impressions and coming up with potential story lines for the next few episodes. Everyone was on tenterhooks to know what happened next, streets were deserted when the telenovelas went on television, weddings ended early so that people could go and watch the next episode, and woe betide the NEPA [electric power] station that decided to cut off the electricity during an episode.

Telenovelas defined the 90s when there was little to watch on television. Despite the incredible story-lines, telenovelas were the stuff of the 90s with their sparkly dresses, tight trousers, hairy chests and poufy hair – a kind of innocence that is the nostalgia that ran through our youth, a dying art form which tells an ordinary story with flash and fanfare, and held us gripped and never really set us free.

No One But You – Introductory theme music

The Lady of the Rose in English – Episode 1

Law, Race and Decolonisation: A video and essay teaching resource

The Other Strange Fruit in Ma Rainey’s Black Bottom

The Movie ‘Detroit’: Telling Tales of a Wretched Night

folukeifejola - November 5, 2018
2
What is the responsibility of we who live in yesterday's future?
%d bloggers like this: